We hope you're in Kansas City Today!

ConQuesT also is blessed with a large group of additional guests and panelists who are well known in the fields of writing, art, music, science, and many other areas of expertise, including George R.R. Martin, Robin Wayne Bailey, Mitchell Bentley, Dell Harris, Lee Killough, Selina Rosen, and many others (scroll to the bottom of the Guests page for a partial listing).

ConQuesT also has an excellent Art Show, Dealers Room, a respected Writers Workshop, and an annual Masquerade, as well as many other popular events.

IMAGE: is this year's ConQuesT 44 logo, courtesy of the ConQuesT website. 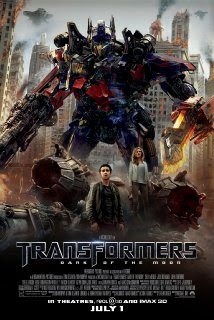 The Movie: Transformers: Dark of the Moon (2011)
The reviewer: Cindy N.
Available from: Amazon

Executive Board Meeting:
The new President, Ty Gephardt, has announced an ambitious agenda for the Executive Board Meeting, beginning at 5:30 p.m.  As mandated by the 2012 Bylaws, all Board meetings are OPEN meetings, and may be attended by all interested club members.  The agenda covers:

Posted by Jan Gephardt at 3:46 PM No comments: 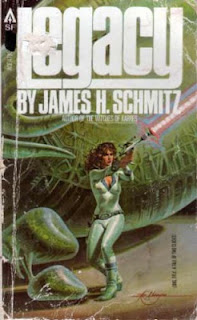 A would be pulp fiction story with a strong female lead that falls down in almost every scene. Following the standard tropes of pulp SF, this wild tale of mystery and intrigue revolves around Plasmoids, a lumpy, inert, biomachine of many parts. Unfortunately, Schmitz fails to adequately describe this and almost everything else to help realize what would be a fascinating tale. The narrative relies heavily on flashbacks for scenes readers have read. Regrettably, this extends to the climatic final act taking the form of “you know Bob, that fight a few months ago. . .” Pass on this book!

Readers, Please Comment: Did you enjoy this review? Dislike it? Agree? Disagree? Please share what you think!
More reviews coming soon!
COVER IMAGE: Courtesy of Amazon.com.
Posted by Tygepc at 2:49 PM No comments: 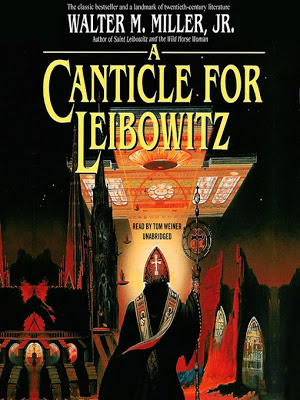 The book: A Canticle for Leibowitz
The author: Walter M. Miller
The reviewer: Jon Moss
Available from: Barnes & Noble


Miller’s award-winning novel stands the test of time and justifiably deserves to be continuously in print.  So many questions to ponder, presented through Miller’s monastic brothers preserving the last scraps of our civilization and an undying Jewish hermit (assumedly the Wandering Jew of legend) searching for Him who said ‘Come forth!’ Even though the Cold War is over, and mutually assured destruction no longer so assured, A Canticle for Leibowitz posits convincingly that ‘those who ignore history are doomed to repeat it.’
An extended review is available on Moss's blog. 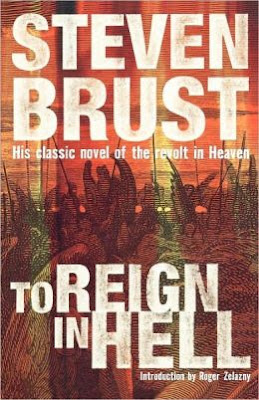 The book: To Reign in Hell
The author: Steven Brust
The reviewer: Jon Moss
Available from: Barnes & Noble