Creature from the Black Lagoon

A strange prehistoric beast lurks in the depths of the Amazonian jungle. A group of scientists try to capture the animal and bring it back to civilization for study.-IMDB

At a top secret research facility in the 1960s, a lonely janitor forms a unique relationship with an amphibious creature that is being held in captivity.-IMDB

Reading beyond the Solar System 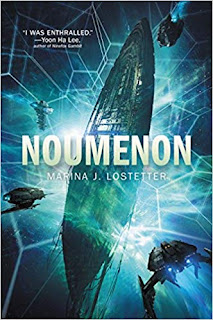 Book Description:
With nods to Arthur C. Clarke’s Rama series and the real science of Neal Stephenson’s Seveneves, a touch of Hugh Howey’s Wool, and echoes of Octavia Butler’s voice, a powerful tale of space travel, adventure, discovery, and humanity that unfolds through a series of generational vignettes.

In 2088, humankind is at last ready to explore beyond Earth’s solar system. But one uncertainty remains: Where do we go?

Astrophysicist Reggie Straifer has an idea. He’s discovered an anomalous star that appears to defy the laws of physics, and proposes the creation of a deep-space mission to find out whether the star is a weird natural phenomenon, or something manufactured.

The journey will take eons. In order to maintain the genetic talent of the original crew, humankind’s greatest ambition—to explore the furthest reaches of the galaxy— is undertaken by clones. But a clone is not a perfect copy, and each new generation has its own quirks, desires, and neuroses. As the centuries fly by, the society living aboard the nine ships (designated Convoy Seven) changes and evolves, but their mission remains the same: to reach Reggie’s mysterious star and explore its origins—and implications.

A mosaic novel of discovery, Noumenon—in a series of vignettes—examines the dedication, adventure, growth, and fear of having your entire world consist of nine ships in the vacuum of space. The men and women, and even the AI, must learn to work and live together in harmony, as their original DNA is continuously replicated and they are born again and again into a thousand new lives. With the stars their home and the unknown their destination, they are on a voyage of many lifetimes—an odyssey to understand what lies beyond the limits of human knowledge and imagination.

IMAGES: Many thanks to Amazon Smile, for both the Noumenon cover and the cover image for Flex.
Posted by Jan Gephardt at 7:00 PM 1 comment:

Belated birthday and physics of science fiction this Saturday!

Calling all cake-decorators!
Our 47th birthday as an organization was in July, but the meeting had to be held a week early that month. We decided to postpone our birthday celebration till September, but now it's time to party!

And yes, there will be a contest. Who will decorate their cake with the most crowd-pleasing sfnal or fantasy theme for Number 47? We'll take pictures of decorated entries and post them, but only ONE can rule the night! Will it be your design?

We welcome NASA-recognized astronomer & TEDx Talk alumnus Mark Brodwin
We're honored to welcome UMKC Professor Mark Brodwin, to join us as our program speaker He'll speak about the Physics of Science Fiction, a topic he teaches in more depth as a class. His other teaching areas include Introduction to Astronomy Laboratory, Observational Cosmology, and Practical Astronomy.

Brodwin and his group study "most-massive collapsed systems both as unique astrophysical objects, which permit the study of galaxy formation and evolution in extreme environments, and also as cosmological probes of the growth of large scale structure," according to his biography from UMKC.

His TEDx Talk from 2015 is titled "A new paradigm for cosmology in the 21st Century," still available on YouTube. It's less than 20 minutes long, and offers an illustrated overview that many of our astronomy-minded readers probably will find fascinating.

IMAGES: The cake photos from July 2017 are both by Jan S. Gephardt. They were taken for the purpose of KaCSFFS publicity, and are used with permission. The photo of Professor Brodwin is originally from KMBC Channel Nine News, but it's no longer available from KMBC. This file was provided by the UMKC College of Arts and Sciences. The photo of MaDCoWS cluster MOO J1014+0038 (yes, astronomers apparently have a sense of humor) is courtesy of the UMKC Galaxy Evolution Group. Many thanks to all!
Posted by Jan Gephardt at 4:33 PM No comments: