Movies You May Have Missed this Year

Date: December 1, 2012
Time: 4:45pm (Fhanish time)
Place: David Sooby’s home theater with 51-inch Samsung HDTV, a 5.1 Surround Sound Dolby Digital sound system, a full set of audiophile-grade speakers, and brand new seating for about 15 people without crowding.
Captain Laser: NOBODY (We've got no captain! It's going to be a fun ride!)
Food Theme: Pizza & Salad (Bring your own or bring to share!)
Dress Theme: Turn of the 20th Century or Vamperic (NOT Twilight!!) 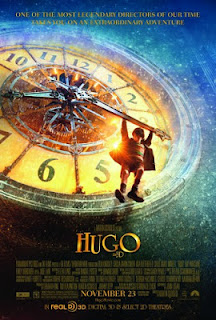 Set in 1930s Paris, an orphan who lives in the walls of a train station is wrapped up in a mystery involving his late father and an automaton.

Check out this awesome trailer!

~~~~~
During the break we will kick back and relax as we feast on pizza and salad. Please bring feel free to bring your own pizza and drinks to share or not. It's all good.
~~~~~

There will be more amazing shorts between dinner and our main feature. 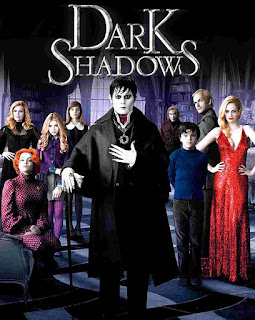 An imprisoned vampire, Barnabas Collins, is set free and returns to his ancestral home, where his dysfunctional descendants are in need of his protection.


A truly fantastic remake of the 1960s TV show. Check out the movie's trailer here! 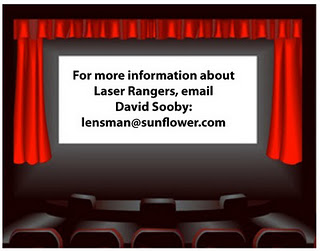 The home of the Laser Rangers is located about two miles north of the Kansas Speedway, NW of the intersection of I-70 and I-435 on the Kansas side of the Greater Kansas City area.

IMAGE CREDITS: The information and movie poster images for all of these shows come from the invaluable IMDB or the movie's  respected distrubutors.
The movie screen frame image used for the Laser Rangers contact information is courtesy of Psychology Today Online. Many thanks to these websites!
Posted by Tygepc at 4:07 PM No comments: 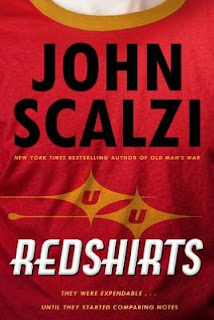 Where: 2nd floor of the Barnes & Nobles Booksellers at Oak Park Mall in Overland Park.
When: Nov 26, 2012, 7:00 p.m.
What we're discussing: Redshirts by John Scalzi

Life couldn’t be better…until Andrew begins to pick up on the fact that (1) every Away Mission involves some kind of lethal confrontation with alien forces, (2) the ship’s captain, its chief science officer, and the handsome Lieutenant Kerensky always survive these confrontations, and (3) at least one low-ranked crew member is, sadly, always killed.

Not surprisingly, a great deal of energy below decks is expendedon avoiding, at all costs, being assigned to an Away Mission. Then Andrew stumbles on information that completely transforms his and his colleagues’ understanding of what the starship Intrepid really is…and offers them a crazy, high-risk chance to save their own lives.

What's Next?
No meeting in December--our regular "fourth Monday" falls on Christmas Eve this year, when we expect most of our members to be busy elsewhere! But we'll be back in January. 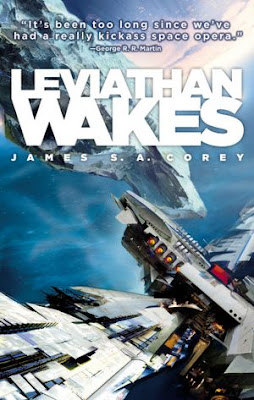 Leviathan Wakes Overview:
Humanity has colonized the solar system - Mars, the Moon, the Asteroid Belt and beyond - but the stars are still out of our reach.

Jim Holden is XO of an ice miner making runs from the rings of Saturn to the mining stations of the Belt. When he and his crew stumble upon a derelict ship, The Scopuli, they find themselves in possession of a secret they never wanted. A secret that someone is willing to kill for - and kill on a scale unfathomable to Jim and his crew. War is brewing in the system unless he can find out who left the ship and why.

Detective Miller is looking for a girl. One girl in a system of billions, but her parents have money and money talks. When the trail leads him to The Scopuli and rebel sympathizer Holden, he realizes that this girl may be the key to everything.

Holden and Miller must thread the needle between the Earth government, the Outer Planet revolutionaries, and secretive corporations - and the odds are against them. But out in the Belt, the rules are different, and one small ship can change the fate of the universe.

Posted by Jan Gephardt at 4:56 PM No comments: 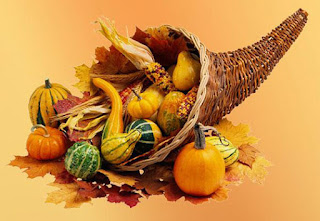 Are you ready to Feast?
OK all of you turkey-hungry KAXFEN, it is that time of year for the annual KaCSFFS Thanksgiving dinner.

We try to get all of the current and past members of our fannish family together to celebrate.

Late news update: "Cards Against Humanity" will be played during the social period at this meeting. if you like this game and have a deck, please bring it and come to play. If you don't know about this game but are curious, here's your chance to learn more if you're interested!

There will be two KaCSFFS turkeys. The rest is pot-luck.

Please let Diana Bailey know how many in your party will be coming, and what type of dish you will be bringing to share. Plastic tableware, napkins, plates, etc. are provided. Drinks are on your own.


Here are categories of foods we need:
Salad: be creative! There's a wide range of possibilities.
Fruit or vegetable tray—but remember: KAXFEN DON'T EAT BROCCOLI. This is the voice of experience speaking.
Potato or rice dish--This includes sweet potatoes, in case you wondered.
Dressing
Gravy--No, it's not automatic with the turkey, this year!
Cranberry anything--from relish to fancy breads. Which brings us to:
Bread/rolls/ butter--a Thanksgiving staple
Desserts--traditional or innovative, KAXFEN never pass up dessert!

PHOTO CREDITS: Many thanks to the Inhabitant website for the cornucopia photo. We also recommend this site for news and insights on environmental issues, "green" design, and lots more. The photo of the food line in 2010 is courtesy of Ty Gephardt.

Posted by Jan Gephardt at 11:51 AM No comments: