Reading outside the Western World

This post started as a panel at Westercon 71/ Myths and Legends Con 6. It was presented on Saturday, July 7, 2018, by panelists Olivia Wylie, Stant Litore, and Amalie Howard.


They discussed the lively and fascinating world literary scene, and the diverse literary works that are becoming more and more widely available in English. During the panel, Wylie announced that she was compiling a list of the books, stories, and resources mentioned during the panel discussion.

She has kept her word. Better yet, she has agreed to let me share her list on here on my blog. Links within the list are those provided by Olivia Wylie. Cover artwork and other imagery chosen to illustrate the list on this post, as well as links embedded outside the list, have been my choices.

Books
The Marrow Thieves-Cherie Dimaline
The Mistress Of Spices- Chitra Banerjee Divakaruni
The No. 1 Ladies' Detective Agency-Alexander McCall Smith
Lord Of Light-Roger Zelazny
The Works Of Cordwainer Smith
Jumping Off The Planet-David Gerrold


The Golem And The Jinni-Helene Wecker
The Works of Nnedi Okorafor
The Bloodprint-Ausma Zehanat Khan
The Belles-Dhonielle Clayton
Labyrinth Lost, Book 1 in the Brooklyn Brujas Series
The White Dog-Maya Kaathryn K Bohnhoff
The House Of Shattered Wings-Aliette de Bodard
The Works Of Saladin Ahmed
The Works of T.L. Morganfield
Ghana Must Go: A Novel-Taiye Selasi
Americanah-Chimamanda Ngozi
The Works Of Tony Hillerman

Growing a New Skin: The Life and Poetry of Papusza
I Loved Thy Creation-M.K. Bohnhoff
Arresting God In Kathmandu-Samrat Upadhyay
Where the Oceans Meet: A Novel-Bhargavi C. Mandava
Memories of Sun: Stories of Africa and America-Jane Kurtz
The Works of Stant Litore
Wavemen-Robin and Cory Childs

The Serpent's Secret-Sayantani DasGupta
Aru Shah and the End of Time
The Works Of Verna Aardema
No Mirrors In My Nana's House-Ysaye M. Barnwell
All The Colors Of The Earth-Sheila Hamanaka
Rabbit's Song-S.J. Tucker
The Story of Noodles-Ying Chang Compestine
Ming Lo Moves the Mountain: Ming Lo Txav Lub Pob Tsuas-Arnold Lobel
Butterflies For Kiri-Cathryn Falwell
The Desert Is My Mother/El Desierto Es Mi Madre-Pat Mora


As panelist Amalie Howard put it, "Diversity isn't a 'trend.' It's a reflection of the world as it is." This list is truly a trove of wonders that traverse the world as it is--and as it might be, given a rich imagination and a world of fantastic possibilities.

I hope you'll explore it for untold riches! And if you have additional suggestions, please offer them in the Comments section! We'll all be the richer for it!

ACKNOWLEDGEMENTS and IMAGES: First of all, MANY, many, many thanks to Olivia Wylie, for compiling this list, and also to Stant Litore and Amalie Howard, for their suggestions for it and participation in a fascinating panel discussion.
The photograph of the panelists at Westercon 71/MALCon 6 was taken by Jan S. Gephardt, with permission. If you wish to reblog or repost it, please credit Jan as the photographer, and identify (ideally with hyperlinks to their websites!) Amalie, Stant, and Olivia, plus please include a link back to this post, as well. Thanks!
The logos representing some of the websites in the "Resources" list are those of Escape Pod, PodCastle, Native Realities Press, and Singing Bones, for all of which, I thank them!
For the five covers in Book Collection One, I owe many thanks to Amazon: Lagoon, by Nnedi Okorafor; Americanah, by Chimamanda Ngozi Adichie; Is'Nana The Were-Spider, by Greg Anderson Elysee, illustrations by Walter Ostlie; and Ghana Must Go, by Taiye Selasi; and to  Marcellus Jackson, via Djele's DeviantART page, for the Steamfunk! cover.
For the five covers in Book Collection Two, I once again owe thanks to Amazon, for Dream Keeper, by Morrie Ruvinsky; Labyrinth Lost, by Zoraida Córdova; Mulengro, by Charles de Lint; The Golem and the Jinni, by Helene Wecker; and The Marrow Thieves, by Cherie Dimaline.
For the third set of book covers I'd like to thank Penguin/Random House, for the cover for Throne of the Crescent Moon, by Saladin Ahmed, as well as Amazon for these covers: Want, by Cindy Pon; The Sea is Ours, ed. by Jaymee Goh and Joyce Chng;  The Mistress of Spices, by Chitra Bannerjee Divakaruni; and  The Years of Rice and Salt, by Kim Stanley Robinson.
For the fourth set of book covers, I'd like to thank Moko Press for the cover of Wavemen, by Robin and Cory Childs &amp; associates; and Stant Litore for the cover art for Nyota's Tyrannosaur. Many thanks to Amazon, for these covers: Arresting God in Kathmandu, by Samrat Upadhyay; Memories of Sun, ed. by Jane Kurtz; and The Roads of the Roma, ed. by Ian Hancock, Siobhan Dowd, and Rajko Djurić.
Certainly not least, I am grateful to Amazon, once again, for all the covers in the Youth Collection: All the Colors of the Earth, by Sheila Hamanaka; Ming Lo Moves the Mountain, by Arnold Lobel; The Story of Noodles, by Ying Chang Compestine, illustrated by YongSheng Xuan; Aru Shah and the End of Time, by Roshani Chokshi; The Desert is my Mother, by Pat Mora, illustrated by Daniel Lechon; and The Serpent's Secret, by Sayantani DasGupta.

My deepest gratitude goes out to all resources named!
Posted by Jan Gephardt at 4:13 PM No comments:

The tale of a fireman who gets burned

It's not too early to think about next month!
SF&F Literati will take one of their periodic returns to the past in August, when they pull another science fiction classic from the shelf. 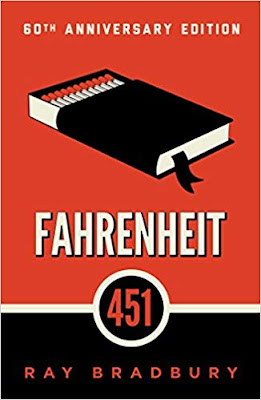 The August 27, 2018 meeting will discuss
Ray Bradbury's Fahrenheit 451.
Here's a synopsis from the publisher, for the 60th Anniversary edition:
Ray Bradbury’s internationally acclaimed novel Fahrenheit 451 is a masterwork of twentieth-century literature set in a bleak, dystopian future.

Guy Montag is a fireman. In his world, where television rules and literature is on the brink of extinction, firemen start fires rather than put them out. His job is to destroy the most illegal of commodities, the printed book, along with the houses in which they are hidden.

Montag never questions the destruction and ruin his actions produce, returning each day to his bland life and wife, Mildred, who spends all day with her television “family.” But then he meets an eccentric young neighbor, Clarisse, who introduces him to a past where people didn’t live in fear and to a present where one sees the world through the ideas in books instead of the mindless chatter of television.

When Mildred attempts suicide and Clarisse suddenly disappears, Montag begins to question everything he has ever known. He starts hiding books in his home, and when his pilfering is discovered, the fireman has to run for his life.

Available from: Fine Booksellers, including Barnes & Noble
Meeting Location: Barnes & Noble #2352, 2nd Floor, 11323 W. 95th Street, Overland Park, KS 66214
NOTE: ALL ARE WELCOME to the meeting, whether you’ve read the book or not.

IMAGE: Many thanks to Amazon for the 60th Anniversary book cover image.
Posted by Jan Gephardt at 9:30 PM No comments:

Do you have the next book? 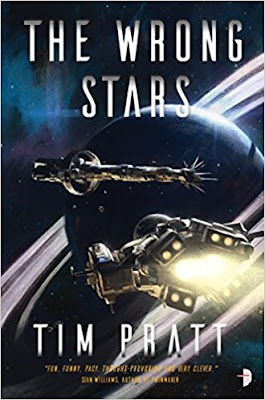 SF&F Literati meet next week July 23, 2018. Do you have your copy of the book they'll discuss?

A ragtag crew of humans and posthumans discover alien technology that could change the fate of humanity… or awaken an ancient evil and destroy all life in the galaxy.

The shady crew of the White Raven run freight and salvage at the fringes of our solar system. They discover the wreck of a centuries-old exploration vessel floating light years away from its intended destination and revive its sole occupant, who wakes with news of First Alien Contact. When the crew break it to her that humanity has alien allies already, she reveals that these are very different extra-terrestrials… and the gifts they bestowed on her could kill all humanity, or take it out to the most distant stars.

IMAGE: Many thanks to Amazon for the book cover image.

Posted by Jan Gephardt at 9:00 PM No comments: 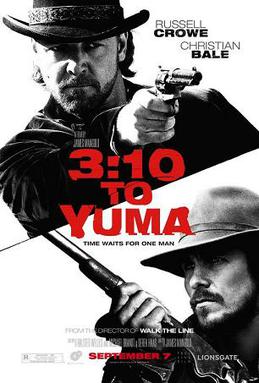 A small-time rancher agrees to hold a captured outlaw who's awaiting a train to go to court in Yuma. A battle of wills ensues as the outlaw tries to psych out the rancher.-IMDB 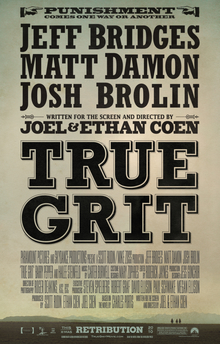 A stubborn teenager enlists the help of a tough U.S. Marshal to track down her father's murderer.-IMDB

His reputation has been growing for several decades. He's been involved in many aspects of writing and filmmaking for both movies and television. An early project which he wrote, produced, and co-directed was Ninth Street, an independent film based on his boyhood in Junction City, KS, that starred Martin Sheen and Isaac Hayes.

He's also worked with well-known director Oliver Stone, and on a project that Whoopi Goldberg executive-produced. His 2004 film, CSA - The Confederate States of America, is an award-winning comedy/drama alternate history, which he wrote and directed.

Most recently he's received even more acclaim. His 2018 project with Spike Lee, BlaKkKlansman, a comedy/drama set in the 1970s, recently earned him a 10-minute standing ovation and the Grand Prix at the Cannes Film Festival.

Prepare to have your consciousness raised, particularly if you're not a person of color. This should be a fascinating, provocative, and entertaining evening. Don't miss it!

IMAGE AND VIDEOS: Many thanks to KU's faculty page for the photo of Kevin Wilmott, and to their respective IMDB pages for the Destination: Planet Negro, and CSA - Confederate States of America film trailers and to YouTube for the official BlacKkKlansman trailer.
Posted by Jan Gephardt at 2:16 AM 1 comment: