Zombies, Time Travel, Finishing School, and What Happens After the Apocalypse (not necessarily in that order)
The SF&F Literati always serve up highly varied fare, and the latest selections are no exception.  After the March 25 meeting, the group has released a list of Next Reads.  In case you need to begin placing orders or holds at the Library, here's what's coming.

As ever, meetings are scheduled for the fourth Monday of each month (NOTE: except May!) at 7:00 p.m. at the Barnes & Noble Booksellers at Oak Park Mall in Overland Park, KS.

First, the Zombies:
April 22, 2013 selection
Max Brooks' 2006 novel World War Z may have been out for a while, but it is gaining new buzz because the motion picture based on it is set to be released this June.  Here's your chance to read the book, before the movie comes out!

The novel was written as a series of "survivor narratives" from various places around the world (inspired by Studs Terkel's book of World War II narratives, The Good War and the zombie movies of George Romero).

Order from Barnes & Noble or other fine book sellers. 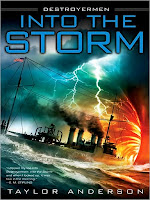 Next comes Time Travel:
May 20 (THIRD Monday!), 2013 selection
Into the Storm by Taylor Anderson: Speaking of inspirations from World War II, here's a variation on the Bermuda Triangle legend set at the beginning of that war.

The USS Walker is a holdover from the first world war, that goes from being an aging rust-bucket to state-of-the-art, when a storm lands it in an alternate world of catlike and lizardlike intelligent species who are at war with each other.

This is the first book in the 4-book "Destroyermen" series.  Order from Barnes & Noble or other fine book sellers.

What Happens After the Apocalypse:

June 24, 2013 selection
In Wool, by Hugh Howey, the story begins after the apocalypse has already happened.  The characters live in an underground silo, while outside the world has been reduced to toxic destruction.

No one goes outside.  It just isn't done.  It's the number-one rule, and the whole world lives by the rules designed to keep them alive.  But then one day things begin to change.  The Sheriff asks to go outside, and his replacement makes a dismaying discovery.

Hugh Howey made an appearance in Kansas City on March 13, 2013, as part of an ongoing series of author events sponsored by local bookseller Rainy Day Books. He also was featured on the front page of the Kansas City Star's "FYI" section in March.

Order Wool from Barnes & Noble or other fine book sellers, or "steal" it as a free Kindle download. (If you didn't get that reference about "stealing" the book, see the KC Star article).

And we can't forget Finishing School:

July 22, 2013 Selection
Etiquette and Espionage, by Gail Carriger is a fast-moving, humorous YA series-opening novel based on an unusual juxtaposition of ideas: finishing school as a Victorian young ladies' equivalent of the CIA's "The Farm" at Camp Peary.

As the Barnes & Noble overview puts it: " I enjoyed Inception a lot more than I expected to: interesting characters, brisk pacing, the ambitious screenplay tightly written—with eye-popping SFX.

I’d heard it described as confusing, but the basic premise and the cues to show which “dream level” we’re in seemed clear (dreams are like floors in an apartment building: start on the “roof” and go down or up a level via sedation or receiving a “kick” to send the dreamer back).

My quibble: we never learn how the “Jedi mind-meld” mcguffin machine puts everyone in a shared dream reliably.  But it’s a nice, meaty movie to provoke discussions!

IMAGE: The poster for Inception is from Collider.com.

Posted by Jan Gephardt at 7:00 PM No comments:

Of Little Green Men and other Matters 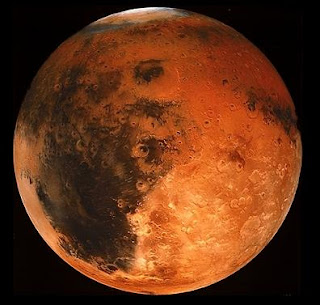 March is the Month of Mars
(Our President Diana Bailey contributed a meditation upon the month):

March is named for Mars, the Roman God
of War and for the planet Mars. That leads naturally to thinking about little green men from Mars and maybe even leprechauns.

Now, I am not suggesting that leprechauns came from Mars or that they are an alien race or anything. But don't you think that celebrating all these little green men in March is more than a mere accident? I wonder what type of green card they carry with them.

Food Fit for Little Green Men and Friends?
Food theme for the Month: Show us what you should feed these little green men that may or may not be from Mars? Categories will be:
Best Creative Dish
Food that Best Fits the Theme (that is, Mars, Martians, or Leprechauns)
Best Green Food 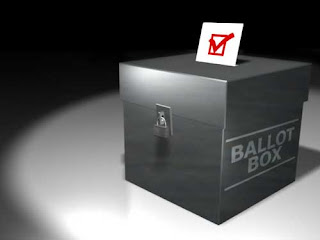 Balloting will be held online via Absentee Ballot, or in person at the April Meeting (dues-paid members may vote ONCE, by either means).

This is Membership Month!
If you have not paid your 2013 membership dues, your membership expires this month.

If you allow your membership to expire, you will stop receiving information via the KAXFEN Yahoo Group, and you will no longer be eligible to vote on official KaCSFFS business questions, elections, etc.

You also will no longer continue to receive discounts with our cooperating merchants, just when we have gotten a new one!  See below!

Renew online (see PayPal button at right on this blog), or via cash or check (made payable to KaCSFFS) at the meeting.  Cindy and Diana, our Membership Mavens, will make sure you receive a laminated membership card when you pay your dues.

Return of a Popular Panel
Ken Keller and  associates will present a panel discussion of Kansas City's science fiction and fantasy authors.  There have been a lot of them, and the stories are often colorful. 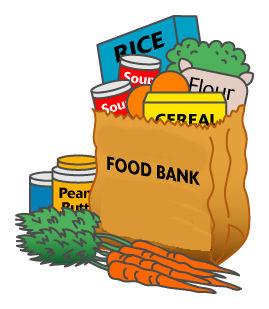 We will also be doing the quarterly collection of canned and dry goods for food banks, along with a new pet food coupon exchange for some members who have four-legged furry family members.

Fund-Raiser for Jerry Gelb
Jerry Gelb was the Special Guest at ConQuesT a few years ago (2009).  You may remember his performances on blues harp at RoomCon on two occasions, as well.

We have learned that Jerry is in need of surgery to relieve pressure on his spine, which is causing random paralysis, among other issues. A fundraiser has been started to help him cover the expenses (and time off afterward). There will be a get well card to sign and a jar for donations. 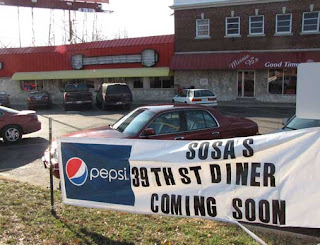 THANKS FOR THE IMAGES: We first used the beautiful image of Mars (titled "mars-planet-water-nasa") for the March 2011 meeting preview.  The webpage from which we retrieved it is no longer available, and neither TinEye nor a manual search revealed the original source.  It shall have to remain as mysterious as the Red Planet itself, at least for now.  The Ballot Box image is from the blog, “The Nev Filter." The photo of Diana and Cindy is by Jan S. Gephardt, and may be used without alteration for the price of a link back and attribution.  The Food Bank Graphic is from the New Haven Food Bank web page. The photo of the banner in front of Sosa's is from the Midtown KC Post.