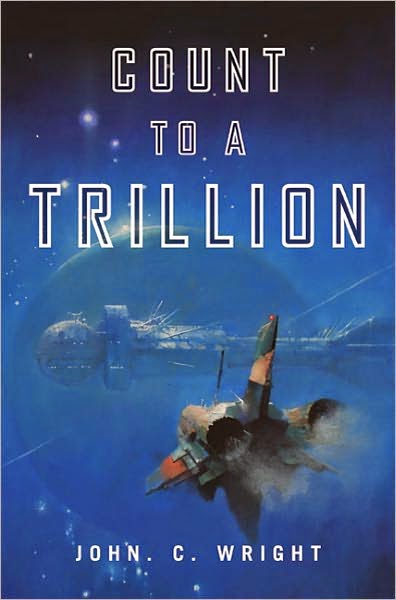 Overview from Barnes & Noble:
“John C. Wright burst upon the SF scene a decade ago with the Golden Age trilogy, an innovative space opera. He went on to write fantasy novels, including the popular Orphans of Chaos trilogy. And now he returns to space opera in Count to a Trillion.


“After the collapse of the world economy, a young boy grows up in what used to be Texas as a tough duelist for hire, the future equivalent of a hired gun. But even after the collapse, there is space travel, and he leaves Earth to have adventures in the really wide open spaces. But he is quickly catapulted into the more distant future, while humanity, and Artificial Intelligence, grows and changes and becomes a kind of superman.”

IMAGE CREDIT: the cover image for Count to a Trillion is from the Bewildering Stories review blog.
Posted by Jan Gephardt at 8:00 PM