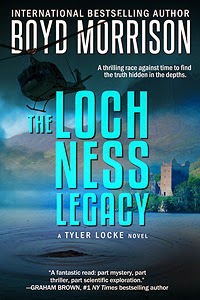 On Wednesday, October 1,  Science Fiction author Boyd Morrison will talk at 7:00 pm and hold a book signing after the presentation. The Barstow School is located at 11511 State Line Road, Kansas City, MO.

Some of Morrison's other books include The Catalyst, Rogue Wave, and his Tyler Locke Series.  To find out more information about him, you can visit his website.

Before becoming a thriller author, Morrison earned a PhD in industrial engineering, worked on the space station project at Johnson Space Center, patented 14 inventions at RCA, and developed video games at Microsoft.

A new online magazine, Acidic Fiction, edited by Steven X. Davis of Lawrence, KS, has launched. It is seeking submissions of 6000 words or fewer, and pays $35 per story on acceptance. Stories must be "contemporary speculative fiction, which includes science fiction, fantasy, horror, slipstream, and magic realism. As a general guideline, stories should take place within roughly the past 100 years or the next 10. Stories should be completely original and self-contained. I’m looking for innovative, well-written stories that explore the amazing aspects of everyday life through the lens of speculative fiction. Subtlety is crucial." See the Submission Guidelines page for complete details and a submission link. 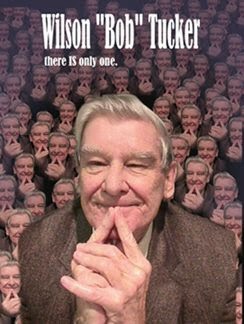 That's all for this month! Keep creating! (Then let us know about it!)
Please send your news about attending conventions, book signings or appearances, publications or other sales, art shows, or other creative-business updates to "Creative Corner" editor Bryan Thomas Schmidt.

IMAGE CREDITS: The SFWA logo is from the organization's website.  The cover art for Aaron Hollingsworth's book is courtesy of Amazon Books. Many thanks to Boyd Morrison's website for his book cover art.  The title for Acidic Fiction is from the magazine's website. The image of Wilson "Bob" Tucker is from Midamericon's Wilson Tucker page. The Air Capitol Comic Con image is from the convention's website opening page.  The Emerald City Steampunk Expo logo is from their website's masthead.
Posted by Jan Gephardt at 2:33 AM