Not Your Parents' Board Games: Power Grid and Dixit

In January 2016, KaCSFFS member and notable board game collector David Means gave a presentation to the club about his collection. It was so interesting, I asked for permission to reprint it as a series of posts on this blog. He graciously agreed, and supplied me with his script. I have added the illustrations, hyperlinks, embedded videos, etc. as seemed appropriate. –Jan S. Gephardt 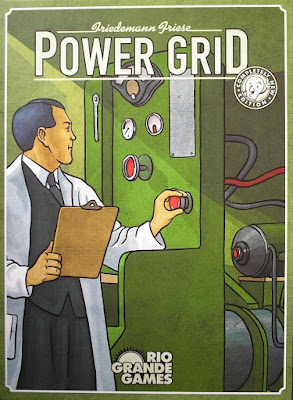 Power Grid
If you prefer auctions, you might enjoy Power Grid. Each turn, players bid for different types of power plants to power cities, then they must buy the fuel for their plants.

Players must be careful in choosing their energy source—coal, oil, trash, nuclear, or wind—because if other players are using the same fuel, scarcity will drive up the price.

At the end of each turn players are paid based on the number of homes each one powers. If a player spends all their cash on fuel, they won’t have enough money in the next turn to buy a more efficient power plant.

Players must carefully balance their income and expenses, and try to plan a few turns ahead to keep themselves as efficient as possible. 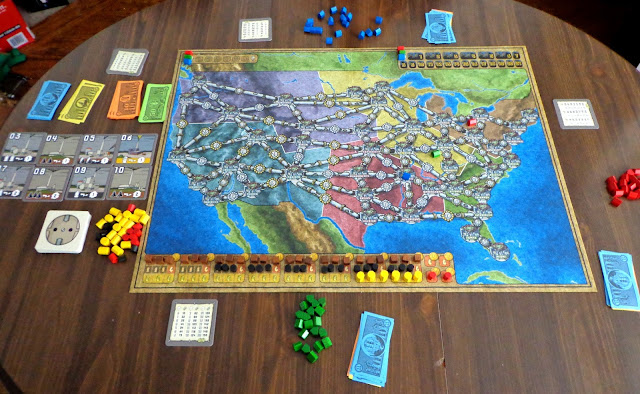 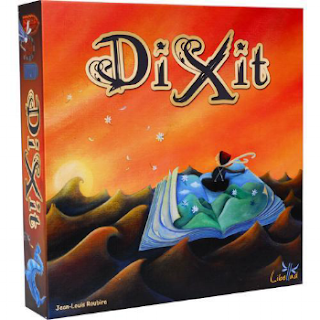 Dixit
Players who enjoy word usage should try Dixit, which has some mechanics similar to Balderdash and Apples to Apples.

One player is the storyteller for the turn, and looks at the images on the six cards in her hand. From one of these, she gives a cryptic clue (word, phrase, sound, etc.) and says it out loud (without showing the card to the other players).

The other players select the card in their hand which best matches the clue and give the selected card to the storyteller, without showing it to the others.

The storyteller shuffles her card with all the received cards. All pictures are turned face up and every player has to bet upon which picture was the storyteller’s.

If nobody or everybody finds the correct card, the storyteller scores 0, and each of the other players scores 2.

Otherwise, the storyteller and whoever found the correct answer score 3.

Players score 1 point for every vote for their own card. The game ends when the deck is empty or if a player scores 30 points. In either case, the player with the most points wins the game.

The first two posts in this series covered more general topics that cover many types of games. They were published on June 4, 2016, and June 18, 2016, and were well-received. The third, published on December 29, 2016, initiated a series of Game Profiles with a more in-depth view of Catan/The Settlers of Catan. The fourth, on Carcassone and Ticket to Ride, went live January 23, 2017. We hope you will continue to enjoy this series!