What to make of the tentacled monster that killed Grandpa? 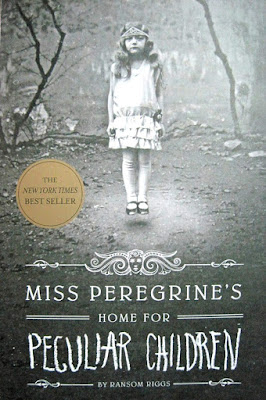 NOTE: All are welcome at the meeting, whether you've read the book or not!

Plot Overview from Schmoop:
"When Jacob Portman  . . . is young, he idolizes his Grandpa Abe, a man who was raised in an orphanage, fought in wars, and even performed in the circus. Grandpa Abe tells Jacob fantastic stories and shows him photos of peculiar children—invisible boys, strong girls, and people with mouths in the back of their heads. Jacob believes these tall tales until he gets old enough not to. Just as kids stop believing in Santa Claus and the Easter Bunny, Jacob stops believing in Grandpa's peculiar childhood. 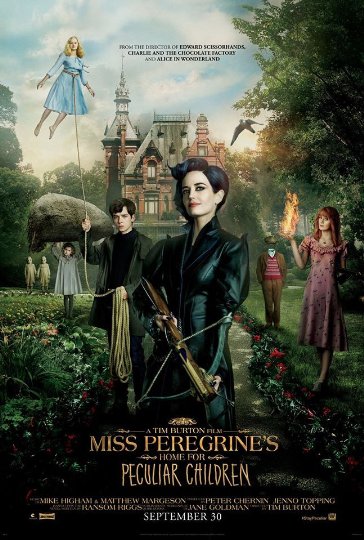 "When Jacob is fifteen, his grandfather starts ranting and raving about monsters coming to get him. Jacob and his dad write it off as dementia. Big mistake: When Jacob goes to check on his grandfather, he finds him dead… and he comes face to face—well, face to tentacle—with the monster that killed him. Jacob's grandfather dies in Jacob's arms, but not before uttering the most cryptic last words since "Rosebud."
"No one believes that a monster killed Grandpa. (Official cause of death: rabid dogs.) Jacob starts having nightmares and slips into a deep depression. His psychiatrist, Dr. Golan, suggests he go to the island where Grandpa was raised, and maybe find the explanation behind his mysterious dying words.
"Jacob and his dad fly to Cairnholm Island, in Wales, and Jacob finds Miss Peregrine's home way out past the island's bogs. Snooping around the decaying estate, Jacob finds a cache of old photos like the ones Grandpa had. Maybe the tales were true?"
Schmoop finishes the summary . . . but where would the fun in that be? (Of course, if you haven't had a chance to read it yet and want to join the discussion, it might come in handy). 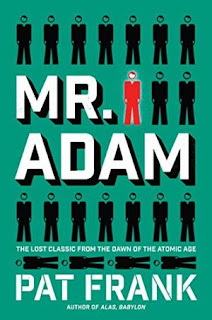 Do you have your copy of Mr. Adam yet?

IMAGES: Many thanks to Trailer Addict for the cover image at the top, and to GoodReads for the second cover image.
Posted by Jan Gephardt at 5:00 PM